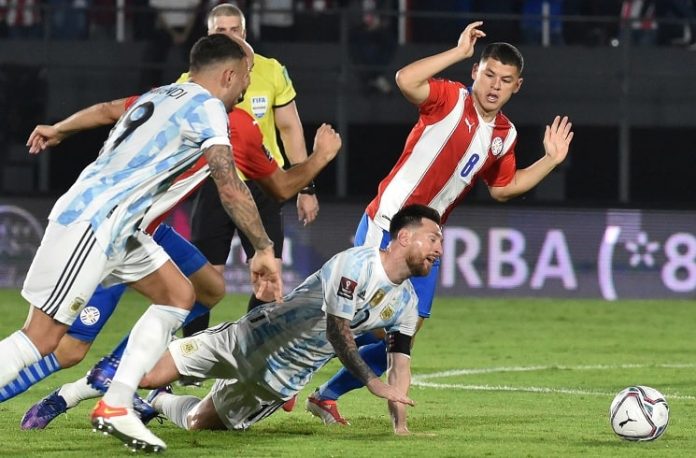 Argentina against Paraguay in the World Cup qualifiers had three penalty decisions, all of which were not given.

It was two possible penalties for Argentina and one for Paraguay but VAR decided against them. The first was a possible penalty against Cristian Romero as a ball was sent into the penalty area and it struck his arm.

The referee for the match, Anderson Daronco, ignored the possible penalty shout. However, it was VAR who was taking a look at it and in the end it was not given.

For Argentina, the first possible penalty that could have been given in their favor was when the ball hit Robert Rojas inside the penalty area. Alejandro Papu Gomez dribbled into the penalty area when Rojas went to ground and the ball hit his arm. However, the decision was that the arm was part of a natural movement as Rojas was falling.

There was another potential foul, this time on Nicolas Otamendi. It was Lionel Messi who took a corner kick for Argentina as Otamendi was brought down inside the penalty area. It went to VAR and they decided that it was all clean, there was no penalty.