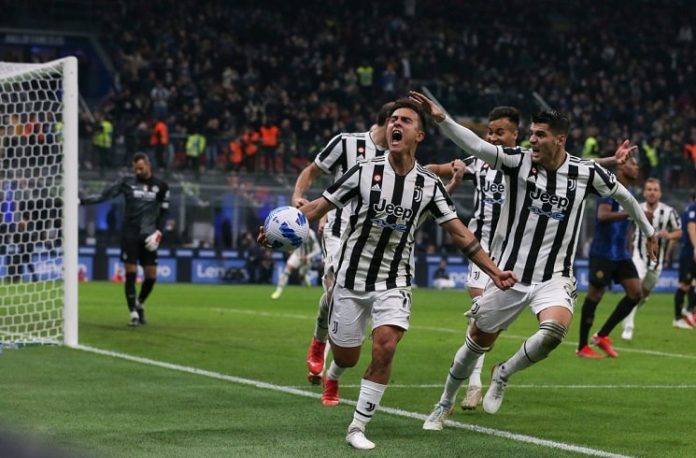 Paulo Dybala scored for Juventus in their 1-1 draw vs. Inter.

Dybala was back for Juventus as he started their match on the bench. He was substituted in and played 25 minutes and changed the game. With Inter leading 1-0, Juventus were awarded what some fans are saying was a controversial penalty and it was Dybala who would take it.

The Argentine went to the goalkeeper’s right and scored to earn Juventus the draw. According to OptaPaolo, Dybala is the first Juventus player to score in three consecutive matches in Serie A against Inter, since the three points per win era began back in the 1994-1995 season.

Still only 27 years old, Dybala could be back in the Argentina national team squad for the World Cup qualifiers in November.