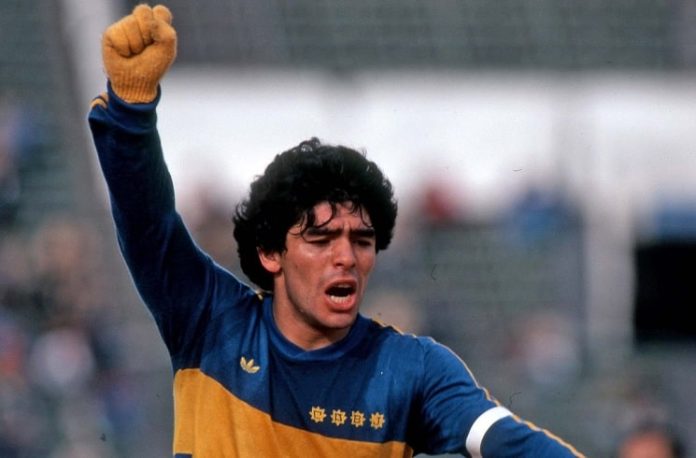 Maradona initially played for Boca Juniors in Argentina prior to joining FC Barcelona.