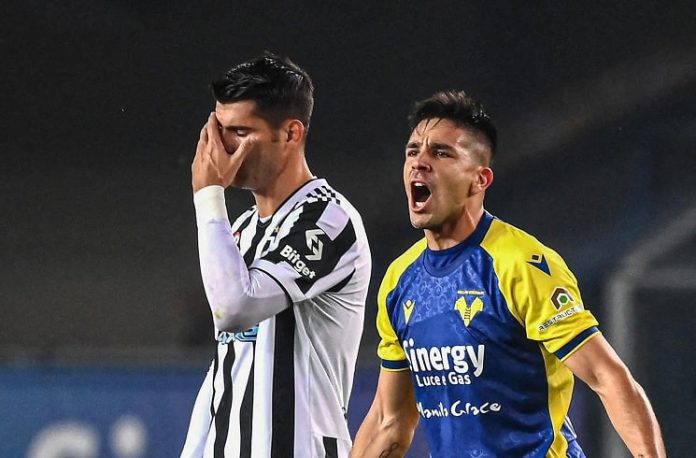 Giovanni Simeone scored twice for Verona in their 2-1 win vs. Juventus.

Simeone made it six goals in his last three matches as he scored both goals for Verona in their win. A shot inside the penalty area was initially saved by the goalkeeper but the ball fell to Simeone who scored the open net from the rebound.

The 26 year old scored a second, a great strike from outside of the penalty area which curled into the top corner to give Verona the 2-0 lead. He managed four goals against Lazio and played only 24 minutes against Udinese but scored two against Juventus as he has now managed eight goals this season.

Argentina national team coach Lionel Scaloni is expected to name his squad for the November matches in the next few days as Simeone is making a case to be included.