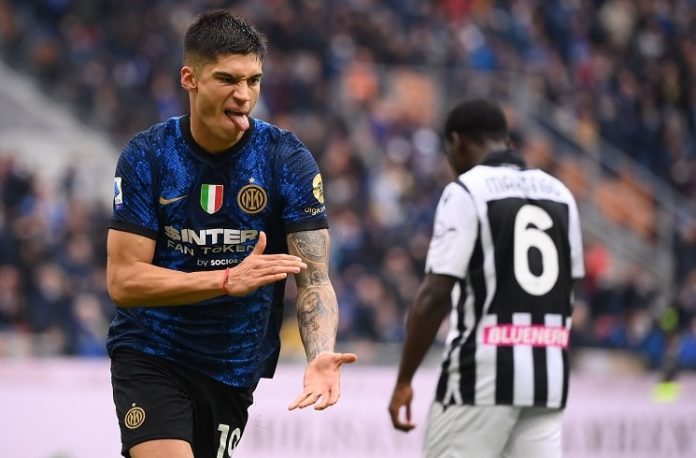 Joaquin Correa scored twice for Inter in their 2-0 win vs. Udinese.

Correa started the match in place of Lautaro Martinez as he scored both goals. The 27 year old received the ball in midfield as he dribbled into the penalty area and a right footed effort gave Inter the 1-0 lead.

The Argentine scored his second goal and made it 2-0 as he received the ball on the edge of the penalty area, dribbled into the penalty area and scored. He has now scored four goals in seven league matches.