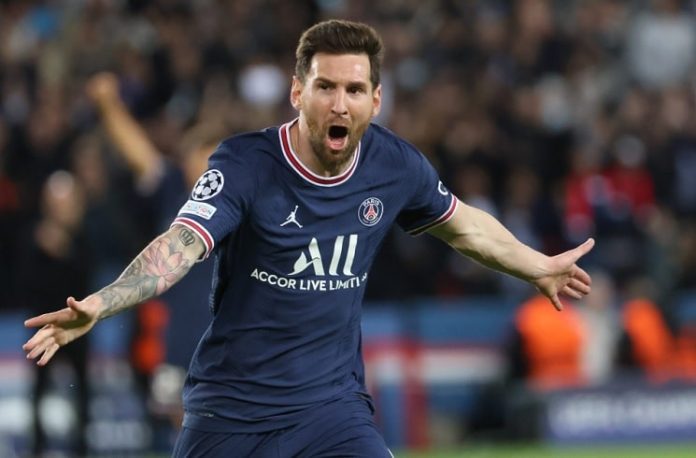 Lionel Messi spoke about winning the Copa America with Argentina, FC Barcelona, the Ballon d’Or and the Champions League.

Messi leaving FC Barcelona was the biggest news in the last transfer window. Spending his entire European club career with them was what he and every Barcelona fan were dreaming about. However, before leaving the club, Messi would win the Copa America with Argentina. Speaking in an an interview with SPORT, here is what he had to say:

“It was good to get that thorn out after several painful finals, after a lot of questioning towards me and the previous group that was with Argentina. With the new people in our group at Argentina, it was clear that we would keep trying until the last tournament. We all wanted to win something.”

“I fell a lot of times but I always decided to get up and try again. It happened many times with Barcelona and more with Argentina. It was a message to my children and the young boys who follow me, who are fighting for their dreams.

“It was important to win a title with the national team, to live it with the people of Argentina was very important, because it was the first time there was an audience after the Cup.”

In regards to the World Cup and if he is excited:

“I’m so excited to do great things. We came from winning the Copa America after suffering for a long time, staying very close to each other for a long time without being able to win anything.

“Argentina is not one of the big candidates because there are better teams. We are on the right track, the dynamics are good and the environment as well, winning also helps a lot and that will make us grow more.”

On retirement after the World Cup:

Regarding a return to FC Barcelona:

“Yes, I’ve always said that. If the possibility is there, I would like to go back to support in any way I can because it’s the club I love. I would like to see the club be good, to continue to grow and remain one of the best in the world.

“I’d love to be a technical secretary at some point. I don’t know if it’s going to be at Barcelona or not.

“Returning to Barça after my contract at PSG? What is almost confirmed, is that we will live in Barcelona again and that our life will be there. It’s what my wife wants and what I want.”

He also spoke about possibly playing for free:

“No one from the club asked me to play for free. I had cut my salary in half and was in a position to help the club more. Laporta’s words did hurt me. It raised doubts which I didn’t deserve.”

About possibly winning the Ballon d’Or:

“The truth is, I don’t think about it. The biggest prize was what I achieved with the national team. We struggled and fought so hard for that, it was the ultimate goal. If the Ballon d’Or comes, it would be crazy but if not, no problem. If it doesn’t happen, I have already achieved one of my great goals. I am very happy with what happened and now everything that needs to happen is happening.”

“I decided to come to PSG because of winning possibilities, because they have a great team. I want to continue to grow as a player, to win the Champions League after so many years of trying. That is why I decided to come here.

We’re one of the candidates to win the Champions League, but we’re not the only ones. Everyone talks about Paris because of the players, but there are other clubs such as City, Bayern, Liverpool, Atletico and Chelsea, they also have the ability to win it. The Champions League depends on many circumstances, the best may not win.

“On a sporting level, I feel like I haven’t started, because I go to play for the national team every month and that’s what makes it difficult. I’m still getting used to things but little by little I am entering the atmosphere of the club.”

And on if he is still happy playing football:

“Yes of course! If not, I wouldn’t be competing at this point, looking for new goals and new challenges. I enjoy what I love the most and the more trophies I win the more fun it is. I always enjoy every moment.”

The differences between Ligue 1 and La Liga:

“The French League is a more physical league, there are strong and fast players. In Spain, all the clubs try to play a lot and can steal the ball from if you don’t press well. The biggest difference is on the physical level, it changes a lot.”