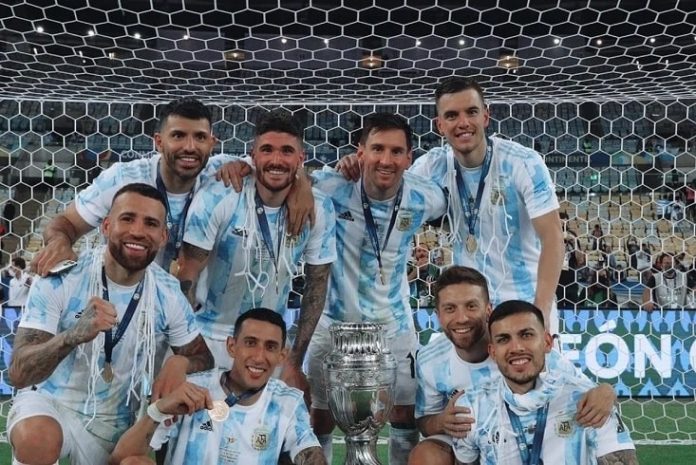 De Paul has become a focal point in the Argentina national team. Consistently one of the, if not the best players on the pitch, De Paul, like the rest of the team, continues to show the joy that was winning the Copa America. While players were travelling for the World Cup qualifiers, Nicolas Otamendi posted a picture of himself with a few team mates.

Rodrigo De Paul’s shirt and the picture on the shirt. Argentina as Copa America champions. pic.twitter.com/dpbSHaxyZY