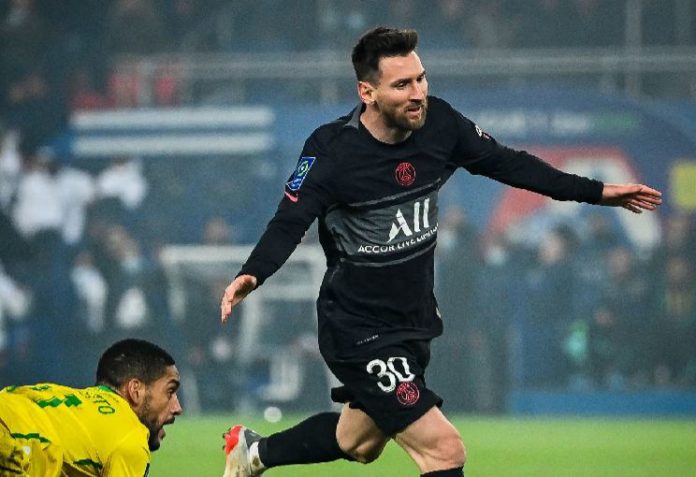 Lionel Messi scored for PSG in their 3-1 win vs. FC Nantes.

Messi scored his first goal in the league for PSG from the esge of the penalty area. The Argentine received the ball and drifted towards goal, his left footed shot went into the bottom corner as he gave PSG the 3-1 lead.

He played a pass in for the second goal but his pass was deflected by an FC Nantes player and into the net which made it 2-1 for PSG. Leandro Paredes also startes the match and he bad an assist on the first goal.

A reminder that my GOAT doesn't wait inside the box. Lionel Messi is the greatest of all time. 🐐 pic.twitter.com/TliFsVZT0X