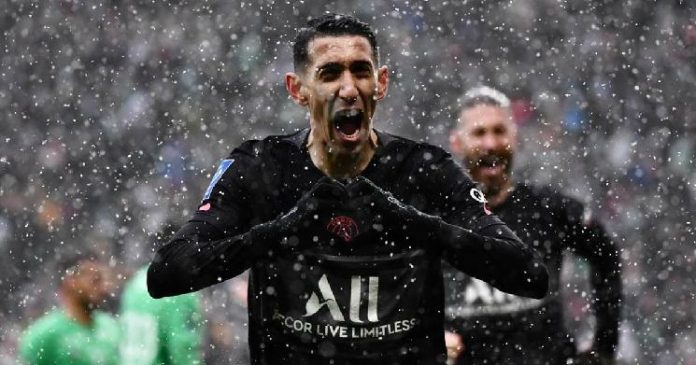 Angel Di Maria scored as Lionel Messi assisted the three goals for PSG in their 3-1 win vs. Saint-Etienne.

Di Maria continued his great form this season aa he acored for the second match in a row in the league. It was Saint-Etienne who scored first but they were also down to 10 men after being red carded.

Lionel Messi got his first assist of the match. It was a PSG free kick as he sent in a cross which found Marquinhos who headed the ball to draw PSG level.

Messi would skip around one defender and play an outside of the foot pass to Di Maria who placed the ball into the corner of the goal to give PSG the 2-1 lead. Messi would also have the third assist.

The Argentine would cross the ball into the penalty area and Marquinhos, like the first goal, would head the ball and score.