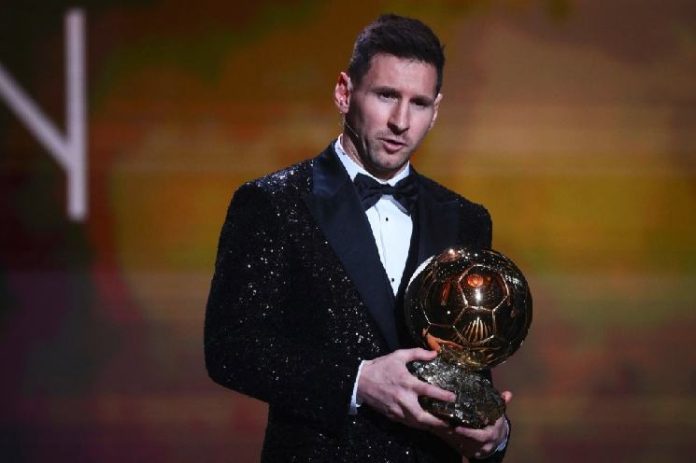 Messi continues to break records, this time breaking one of his own. The Argentine won his and all time record 7th Ballon d’Or as he edged out Robert Lewandowski to the award.

It was Luis Suarez who presented him with the award as the two friends hugged it out om stage. Messi won the Copa del Rey with FC Barcelona while also winning the Pichichi, the award given to La Liga’s highest goalscorer that season. With the Argentina national team, Messi won the Copa America while also being the top goal scorer and the best player of the Copa America. Here is what he said during his speech:

“Today I’m here in Paris. I am very happy, really, very happy, I really want to continue to fight and reach new objectives. I don’t know how many more years but I am really enjoying myself. I thank my team-mates at Barça, Paris & Argentina”.

“Robert, you deserve your Ballon D’Or. Last year, everyone was in agreement to say that you were the big winner of this award.”

“I especially want to thank the squad and the coaching staff of the Argentina national team. I was able to achieve the dream I wanted so much. In the end, it happened and this award is in large part of what we did at the Copa America. This is part of them.”