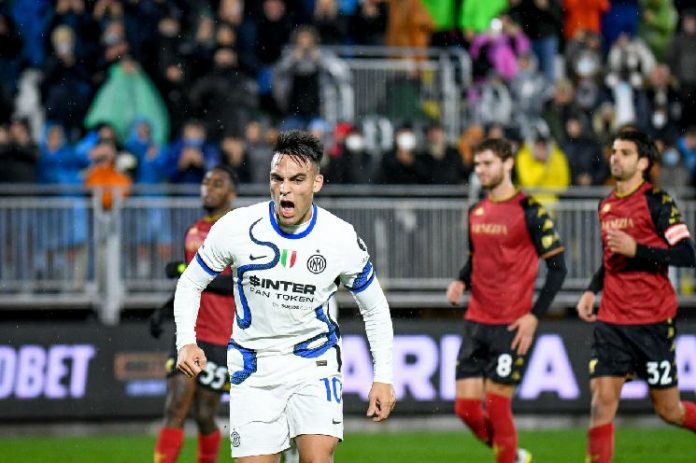 Lautaro Martinez scored for Inter in their 2-0 win vs. Venezia.

Martinez started the match for Inter on the bench as he was substituted in for Joaquin Correa. His substitution meant he had reached 150 matches in all competitions for the club.

Inter were awarded a penalty late in injury time and after having missed a penalty against Milan in the Champions League, Lautaro stepped up against fellow Argentine Sergio Romero. He sent Romero the wrong way and scored his penalty to give Inter the 2-0 lead.