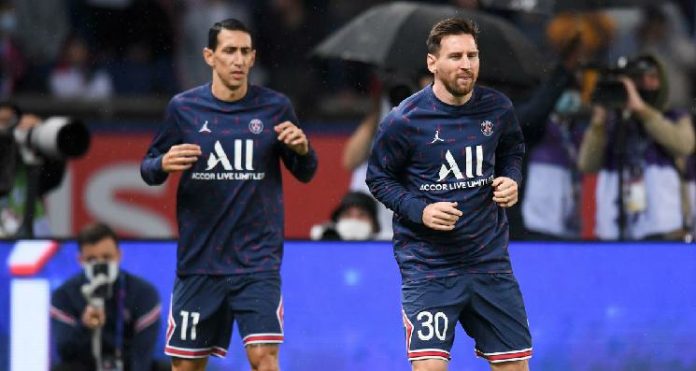 Ane Di Maria spoke about the Argentina national team, scoring in the final of the Copa America and Lionel Messi.

Di Maria gave an interview where he spoke about rhe Argentina national team. Speaking in an interview with ESPN, here is what Di Maria had to say:

“We always laugh at the Scaloneta, it was said once and that was it. The truth is that they did a great job, the 2019 Copa was very positive, it wasn’t easy for the coaching staff, with a new generation.

“I think all of that was done and little by little, a beutiful group was formed and the last Copa America was won. The expectation is much greater for the next World Cup because of the way the team is playing.”

“I think the last match against Club Brugges showed that he is well, it’s normal for there to be a lot of expectations regarding Messi. I think people were expecting a 4-0 or 5-0 every match but football is not like that.

“It’s seen in the social media, we see him at home with his family, happy and happy. His kids are in school. All is there to make life easier and he has adapted well to the group and I think he is adapting quickly to Paris.

“But when you’re talking about football, everything is little by little, it’s an enormous change for him as he has to afapt to new players and a new way of playing at PSG which is fast attacking while Barcelona play possession football.”

He also spoke about scoring for Argentina in the final of the Copa America:

“I believe the goal in the final was very important for me. It gave me a happiness I never imagined, a very big change in my life. So many injuries, from being called to not being called, that pulled me back. Insisting so much, it finally happened and in the best way.