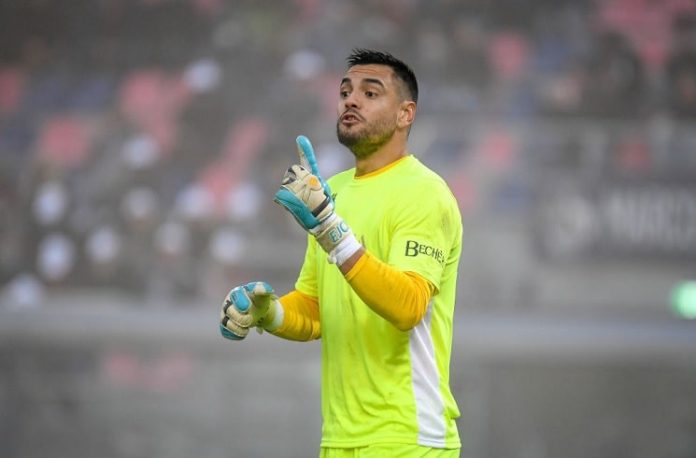 Sergio Romero spoke in an interview about a return to the Argentina national team, Manchester United not allowing him to leave and his new club Venezia.

Romero returned to Argentina on holiday where he spoke to the media. The 34 year old joined Serie A club Venezia where he has kept three clean sheets in 13 matches, allowing 22 goals. Speaking to TyC Sports, here is what he had to say in regards to the Argentina national team and a possible return:

“Since previous years, the Argentina national team has always been a candidate. The guys did very well this year. They were crowned Copa America champions, which was something that all Argentine’s desired. Now, they have already secured qualification for Qatar 2022.

“We will be on the outside helping, collaborating or fighting to win a place.”

“I had a lot of chances to go to various clubs but they wouldn’t let me leave. That was something very difficult because at the very least I was used to being on the bench the last few years. When many clubs want you and you can’t go, it’s difficult.”

He also spoke about Venezia:

“I’m happy to be able to play again and to have the opportunity to show that I’m still active. I found a suitable club, with new people, who really want to grow. They are willing to invest to stay in Serie A and grow the club.”