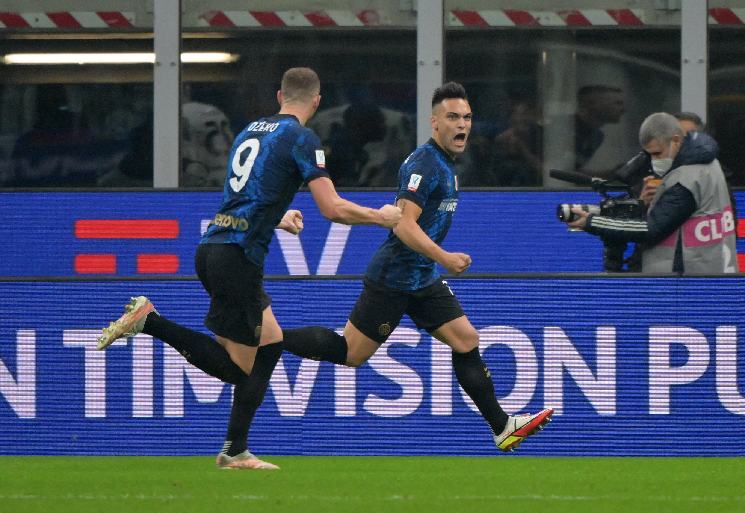 Lautaro Martinez scored for Inter in their 2-1 win vs. Juventus to win the Supercoppa Italiana.

Martinez and Joaquin Correa voth won the Supercoppa Italiana with Inter. With Juventus leading 1-0, Inter were awarded a penalty. Up stepped the Argentine who scored to draw Inter level.

Joaquin Correa was brought on as a substitute as Lautaro started the match but was substituted out. For Lautaro, he has now won two trophies with Inter and for Joaquin Correa. For Correa, it is his first trophy with the club.