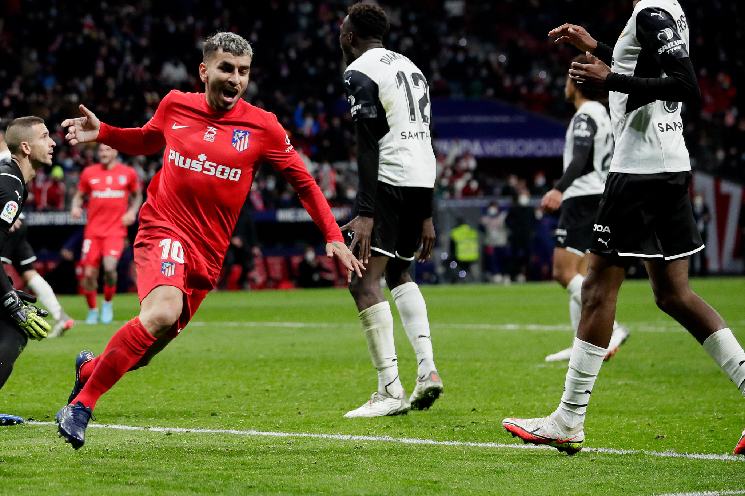 Angel Correa scored for Atletico Madrid in their 3-2 win vs. Valencia.

Correa scored the dramatic equalizer in injury time and had a back heel pass for the win. With Valencia leading 2-0, Diego Simeone’s men scored three goals to get the win. A cross into the penalty area which was stopped by the goalkeeper, the Argentine got to the loose ball and scored to draw Atletico level.

The 26 year old played a big part in Atletico’s third goal of the match. He would play a back heel to Cunha who passed it to Hermoso who scored.

Selected for the Argentina national team for the January and February World Cup qualifiers, Correa now has four goals in his last three matches for Atletico Madrid.