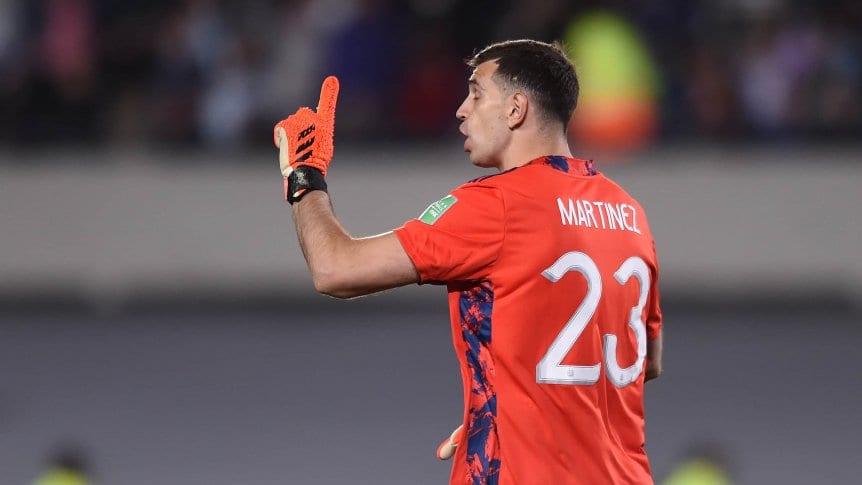 Martinez has become the undisputed starter for the Argentina national team. A hero at the Copa America, the 29 year old spoke to the official Argentina Twitter account, regarding the team. Here is what he had to say:

“We are still hungry. We come here to continue winning, to continue to unite as a team and as a group. Today, the coach told us that what we did passed, that this is a World Cup year and that we have to do our best to be on that list. So no one comes here to relax.”

“We are going to play every match as if it were the last. We have to be the best version of ourselves if we want to reach the objective and that starts tomorrow.”

The Argentine also spoke about the match against Chile:

“A brave match. We already lived it in the World Cup qualifiers and the Copa America, they were two 1-1 results, a tight match. Especially at altitude, we don’t know how the pitch is going to be but we’ll see what we’ll find. If we give it our best, we have a chance to win the game.”

Regarding the match against Colombia:

“We lived it at the Copa America, a 1-1 draw after 90 minutes. They are very brave. They have players that are at a great level, just like us. But we are going to play at home, in Cordoba, we want to bring joy to the fans.”

He also spoke about the fans:

“We are proud. We lived it in San Juan, the craziness of the fans, how the match was lived. It was a unique experience for me, I had never played there and I want to do the same in Cordoba. Having the possibility of the fans being able to watch the Argentina national team is something unique for them and for us too.”