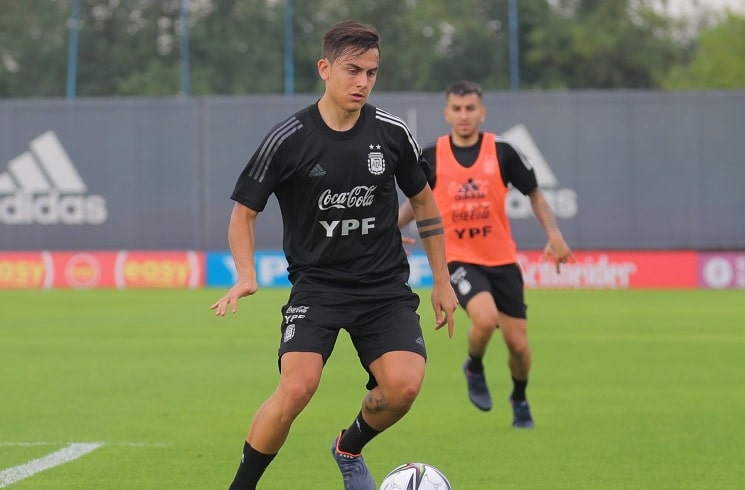 Paulo Dybala and Lautaro Martínez were the two up front for Argentina in the training on Tuesday.

Argentina national team coach Lionel Scaloni held a training on Tuesday and with no Lionel Messi in the team, all eyes on who will be in the starting eleven in place of the Ballon d’Or winner. Lionel Messi isn’t the only big name absentee as Cristian Romero of Tottenham Hotspur was also rested for the two World Cup qualifiers due to injury.

Lionel Scaloni went with Lisandro Martínez in place of Romero and decided to play Paulo Dybala with Inter’s Lautaro. According to TNT Sports, here was the eleven in training:

Dybala started the 1-0 win vs. Uruguay in November when Lionel Messi started that match on the bench and it could be that Scaloni decides to start him once more. Argentina play Chile on Thursday in their first of two World Cup qualifying matches with a match against Colombia on February 1 at home.