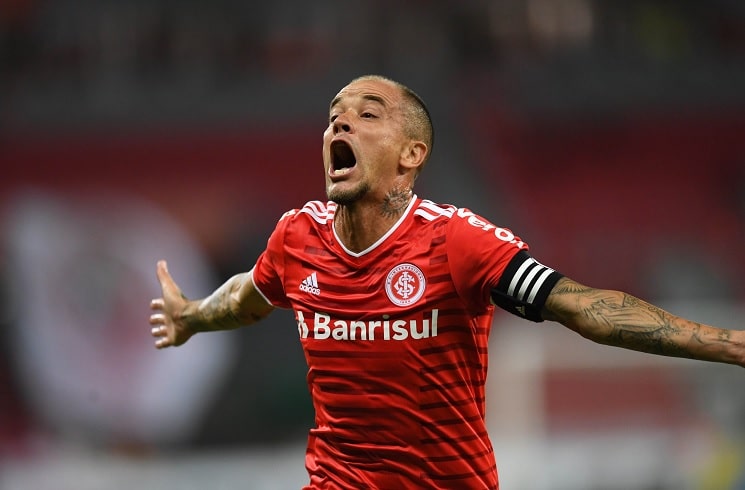 Andrés D’Alessandro was brought on as a substitute at 40 years of age and scored a free kick for Internacional in their 2-0 win vs. Uniao Frederiquense.

D’Alessandro returned to Inter after playing a year for Nacional and scored a great free kick. With Inter winning 1-0, they were awarded a free kick and it was D’Alessandro who would take it and score.

The Argentine is a legend at the club, spending 12 years with them, winning several trophies, one of which was a Copa Libertadores 12 years ago. Inter currently lead the Gaucho championship.

With the Argentina national team, D’Alessandro was part of the 2004 Olympic team which won gold.