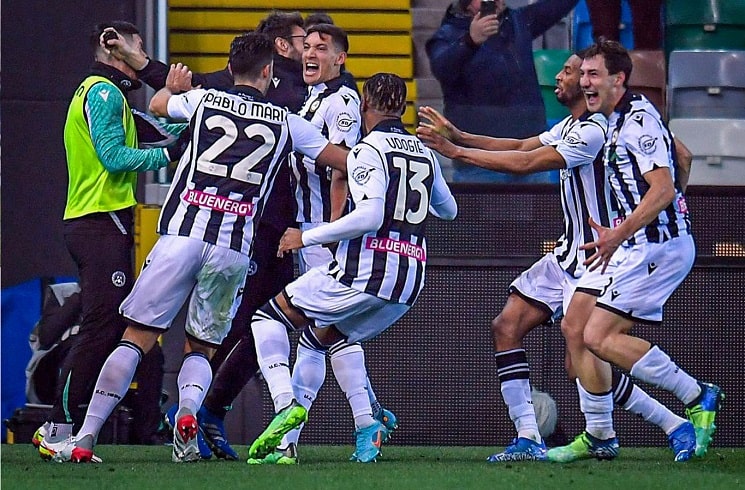 Nahuel Molina scored a free kick in the 92nd minute for Udinese as Ignacio Pussetto scored the second goal in a 2-0 win vs. Torino.

Molina is not known for his free kicks but the right back took one and scored for Udinese. With the score at 0-0 and Torino with a red card, Udinese were awarded a free kick.

The Argentine was the one who took it and scored to give Udinese the 1-0 lead. The 23 year old is now on four goals in the league this season.

Ignacio Pussetto also scored late in injury time. Udinese were awarded a penalty kick and the Argentine placed the ball into the top corner of the goal.