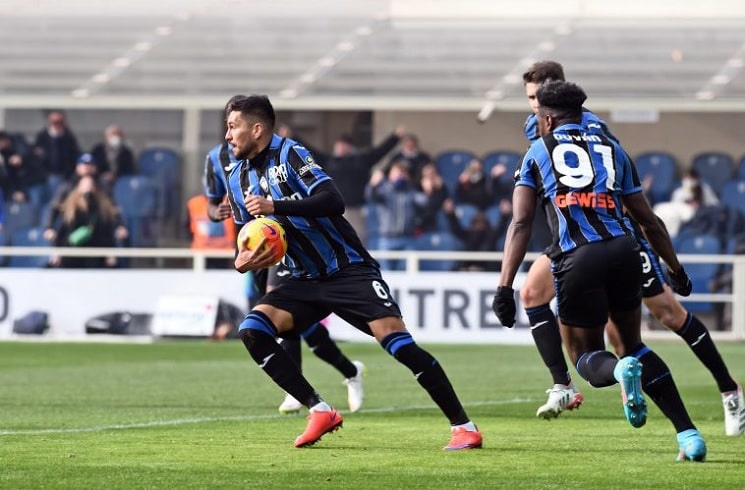 José Luis Palomino scored for Atalanta and Juan Musso got red carded in their 2-1 loss vs. Cagliari.

Palomino scored his first goal of the season for Atalanta. Missing only one match due to a yellow card suspension and another match where he was an unused substitute, the Argentine has taken part in every Serie A match for Atalanta this season.

But before the goal, Juan Musso was red carded following a tackle outside of the penalty area. With the score at 1-0, Zapata had an effort on goal which was stopped by the goalkeeper but the rebound fell to Palomino and a flying header drew Atalanta level.