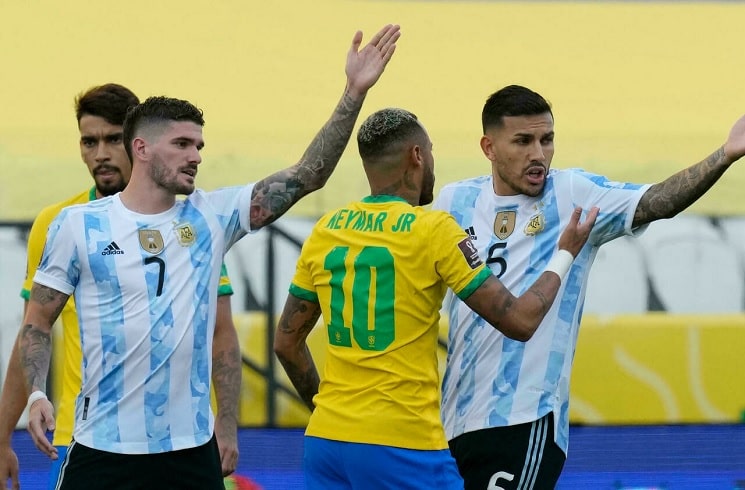 Argentina against Brazil in the World Cup qualifiers will be replayed as four Argentine players are suspended.

The World Cup qualifying match between Argentina and Brazil which was suspended will be replayed but at a later date. The match was stopped after only just minutes following Brazilian officials storming the pitch.

An announcement was made by FIFA which stated that it will be replayed and at in a neutral venue. Both the Argentine and Brazilian FA’s have been fined.

Lionel Scaloni will not be able to count on four Argentine players for two matches as Cristian Romero, Emiliano Martinez, Emiliano Buendia and Gio Lo Celso are all suspended for two matches each. Those are four players which were all based in the Premier League when that match took place.