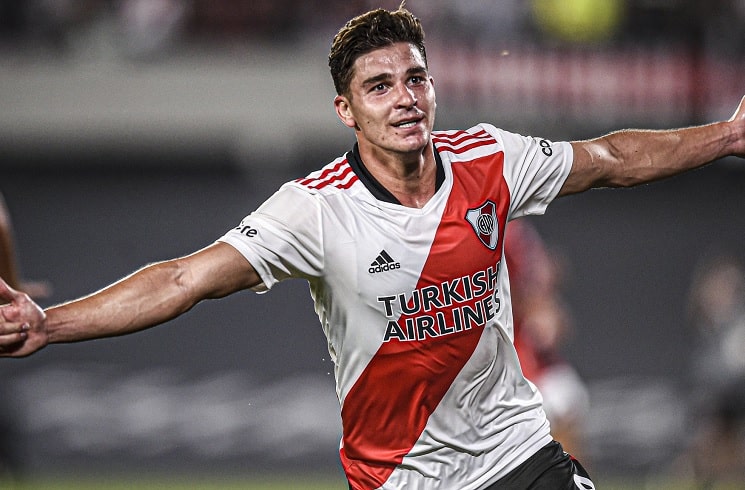 Julián Álvarez has scored a hattrick for River Plate vs. Patronato.

Álvarez scored his first hattrick of 2022 with three different finishes. The reigning champions of the Argentine Primera were in the Monumental for their first match of the season and they did not disappoint.

The newly signed Manchester City player is still on loan at River Plate until July and after falling behind 1-0 after only six minutes, Álvarez scored three consecutive goals. A cross by Herrera into the penalty area found the Argentine who controlled it and headed the ball to draw River level.

His second goal of the match was from a difficult angle. A pass into the penalty area found the on running forward and his first time finish gave River the lead.

Making a run off the defender’s shoulder, a pass into the area and another first time finish by the 22 year old as he scored his third of the match.