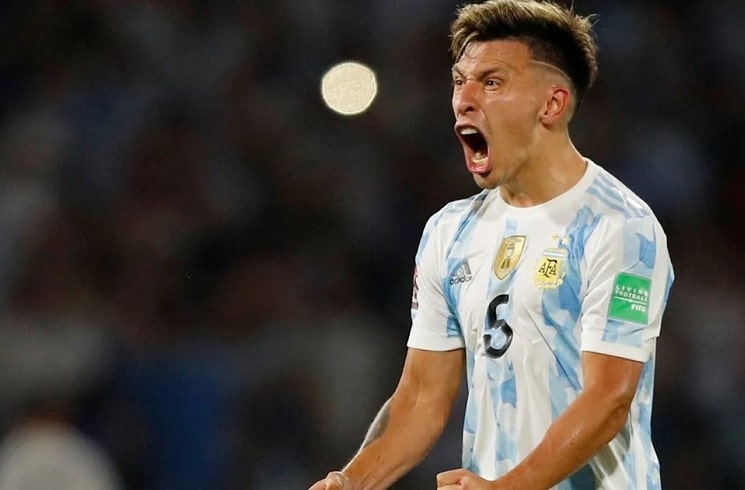 Martinez has been one of the best young defenders in the world. Part of the Argentina national team which won the Copa America, Martinez spoke with TyC Sports about Argentina and the World Cup. Here is what he had to say:

“We are very good, we are a lot better as a team. We are not thinking much about the future but rather about working, enjoying being there, which is sometimes difficult to enjoy. With humility, simplicity, a lot of work.

“Taking things easy, nothing about us being the favorites or reading the stories that we are going to win because that is where we are going to make mistakes. I think we are on the right track and we have to continue this way.”

“I am very good friends with Cuti since the U20 team. Since we are from the outskirts (not from Buenos Aires), he was from Cordoba, I Was living in Rosario because I was playing at Newell’s. We had to stay three days at the training camp and we formed a nice friendship.

“He is an animal, a very mature player, calm, he takes very good decisions and in the duels, he goes and he kills you. He is a phenomenon and his current form makes me very happy, he still doesn’t have a ceiling.”

In regards to where he plays on the pitch:

“Although at Defensa y Justicia I was playing as a center back, I came to Ajax and I was already a versatile player and played as a full back, midfielder or central midfielder. I could do it because I had the knowledge.

“At Ajax, there were many matches in midfield but they tried me as a full back and as a center back, I was able to stand out as a center back. With more matches, one gains more confidence and more experience.

“They are different systems. At Ajax we train every day and with the national team, at times, we just have enough time. But when we are there, we try to do things as quickly as possible. We don’t have much time and we have to do what the coach asks of us, which is to play simple.”