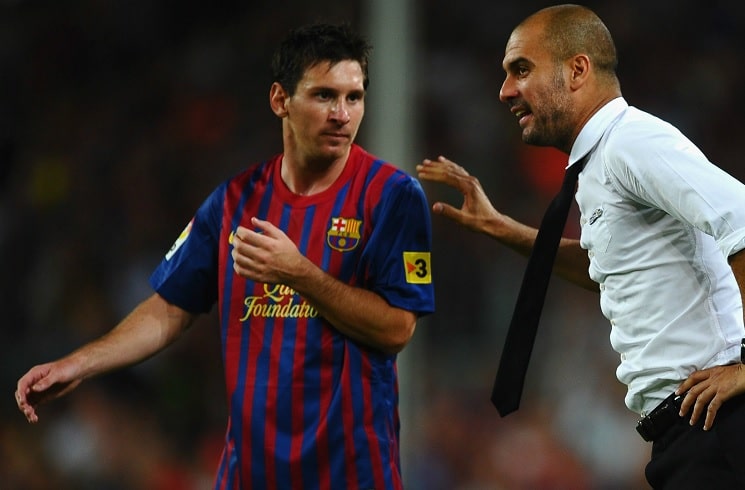 Guardiola managed Lionel Messi at the beginning of his career as both were part of the legendary FC Barcelona team. Now at Manchester City, Pep last won a Champions League trophy with Messi scoring in a 3-1 win in the final against Manchester City. Speaking in an interview with Veronica Brunati on an Ole podcast, here is what Pep had to say about Messi when asked about the 2022 Qatar World Cup being his last:

“Surely it was a very good liberation for him. It’s not easy being Messi in this football world. And now he is going for the World Cup, I have no doubt.”

In regards to Lionel Messi now:

“What has changed in his play? You get older and the energy that you had at 20 is not the same as now. We all change, we are all different. He has changed, he has millions of matches under his belt, in his mind and he adaps, logically, as he should.

“When he was 20, 21, he had this energy of wanting to conquer the world and a youthfulnes that his legs gave him for those efforts that was asked of him. Today, at 34, 35, he is smart enough to know when to do it and when not to.”

The Manchester City coach was also asked about Messi’s influence in his career:

“We won a lot and without him we would have won but how much? No, impossible. Without wishing to compare myself, MEssi is like Michael Jordan when Phil Jackson could get that feeling that everything was flowing and there were no problems. It was “we grab the plane and we go for another one” and so on. I owe him a nice bottle of wine to thank him for the contracts he made me sign, heh.”

Argentina national team coach Lionel Scaloni was also a topic of discussion. Here is what Pep had to say about Scaloni:

“The thing about experience is a big lie in football. I always told that to my players at Barcelona, at Bayern and now at City on the Champions LEague final. Milan was winning 3-0 against Liverpool in the first half. And Milan had an experienced team, guys of a thousand battles like Cafu, Dida, Nesta, Pirlo, Maldinin, Gattuso, Crespo, Inzaghi… And they lost! In 20 minutes in the second half and it became 3-3!

“I have seen little of Scaloni’s team but as for the results, it’s been a while he hasn’t lost. And that gives you strength, unbeaten… And he always has Messi, who knows that he alone can win it for you. Or not win it alone but the unique capabilities of being able to generate two or three chances out of nothing per match, to give it to players like Di Maria, Lautaro or Julian Alvarez. It’s a great advantage in those tournaments.

“Argentina are a candidate. Self-esteem is essential. More if you already won the Copa America. It depends how they get there…”