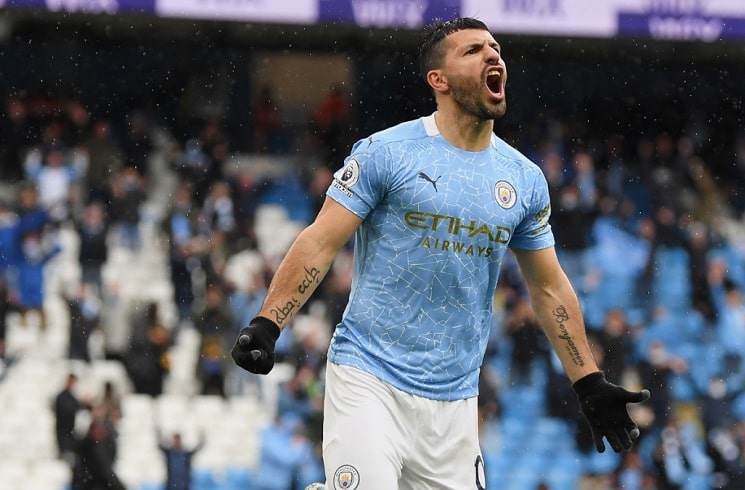 Guardiola gave an interview with Veronica Brunati of Ole which was translated earlier, where he spoke about Lionel Messi and Argentina national team coach Lionel Scaloni. While speaking about Messi and the Argentina national team, he also commented on Sergio Agüero, who he managed at Manchester City. Speaking in the interview, here is what he had to say about Agüero:

“Sergio gives the impression of being sluggish but he is very ready. He gets your concepts. What he did in England is unequaled. At this club, there is a before him and after him. He scored the best goal for this club that was, is and will ever be in history.

“I’m not a big fan of statistics but of scorers, yes. They say “this player made millions of passes” but what about the passes? Were they good or bad, did they break the lines or not? But with the goals, they are goals. You score or you don’t.

“I understand that the way we play was not easy for Sergio. His natural tendency is not to press, he was not brought up that way. But I value him a lot because I know he gave his best.

“The people here are aware of what he has done. He is the most important Argentine to have played football in England, for everything that he represents. Sergio has been the greatest, by far.”

“I like and admire his consistency over time. Being in a competitive league, in a Libertadores… Being there for a while, competing. They sell his players and he is still there.

“I don’t know him, I have never been able to chat with him, I haven’t been to the Monumental to watch a game to get a deep analysis but the fact that he has been there for so long is because there is something.”

“If we signed him it’s for him to be with us. There is a fundamental question: We believe that he is a player for us. At City, they saw him as an opportunity for the future, he will be with us in the next preseason.

“I saw him on television but I want to see him on the pitch with his team mates, with what we want him to do… If we weren’t convinced, we would not have bought him. We want him.The reports we have of him are exceptional. How he moves in short spaces and how he finishes is something very difficult to find.”

About coaching in Argentina:

“They never tried to get me to play for River nor did they call me to manage the Argentina national team. Regarding the national team, I think it should be managed by an Argentine. That position belongs to an Argentine. After that, I do have customs and things in common.

“We speak the same language, we like similar things, we love life, food, being with friends and people we love, I have trained many Argentine players and I have friends that live there.

“I think we all love places based on the people who are there and who make you feel comfortable. Then there is Valdano, Cappa, César Luis Menotti, no less, Argentine literature is very cool… Surely I will go back again, on vacation, not for work.

“I don’t know what my destiny will be in a few years. What has to happen will happen. When I have to leave City, I will leave. And I will go home and take some time. I don’t know. If I need to go coach in Argentina… I don’t know, to Boca for example, that way those from Boca don’t get angry because they told me I praised River, hehe… Well, I’ll go to Boca… I don’t know. Who knows?”