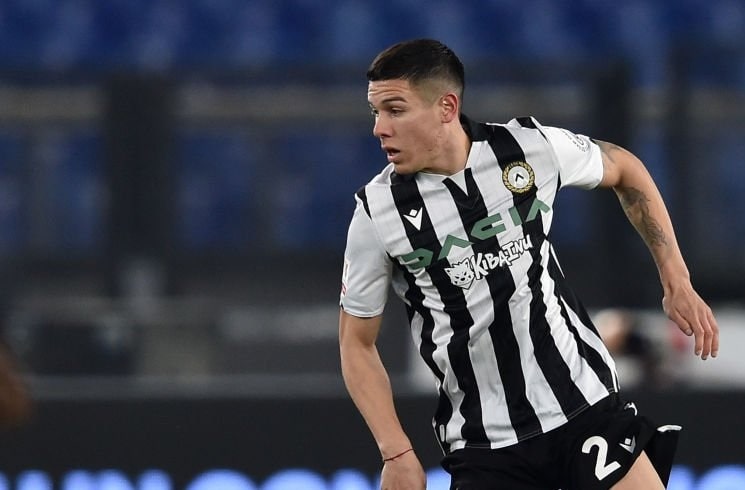 Pérez has been included in the preliminary list of players for Argentina for the March World Cup qualifying matches. The 21 year old defender is on loan at Udinese from Atletico Madrid. Speaking in an interview with ESPN, Perez was asked about the treatment Lionel Messi has gotten recently. Here is what he had to say:

“I saw it after on social media. I don’t know what to say, it’s a shame what they did, there is nothing else to say. For those of us who were part of the sparring team for the national team, we always see him as an idol. That they do that is a shame. Having him as a team mate and being on the national teams, to see him as an idol to sharing a locker room with him is a dream and a beautiful reality.

“Having Messi as a team mate… One sees things he does and you can’t believe it. He is the best for me, with the team mates, we admire him a lot. Facing him was a dream, it’s difficult to stop seeing him as an idol, there are no words to describe what he does on the pitch.”

In regards to the Argentina national team:

“One always wants to be on the national team. If I play, I have more chances to go, I search for competition and to play as much as possible to always try to be there. He tells you things straight up, he is very clear, he doesn’t tie himself to anyone but on the day to day, he pulls everyone to the same side.

“That is later reflected on the pitch. There is something very good and that gives you hope. Age doesn’t matter, if one does things well, no matter how old you are, they can give you the opportunity. One always tries to do things well to win that opportunity.”

Regarding Cristian Romero of Tottenham Hotspur:

“I have already said it. Cuti is crazy. He deserves it from last year with Atalanta, I see him very complete and a great player. He reflected that on the national team, I was his team mate at the U23 team, for me, he is great.”

“We are all excited for the World Cup but you have to have your feet on the ground, you have to have humility, continue as we are as a group and God willing, fight until the end to be in that final list.”