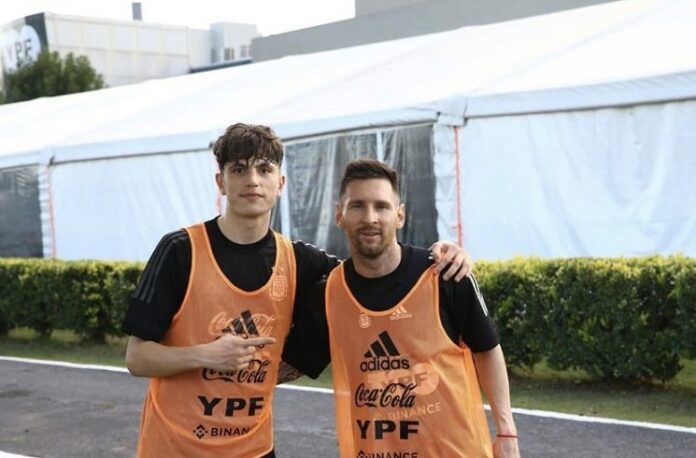 Alejandro Garnacho of Manchester United has unfollowed the Spanish FA and followed the Argentina FA on Instagram.

Garnacho is presently with the Argentina national team and trained with the team on Wednesday. He did represent Spain at youth level as he was born in Madrid but his mother is Argentine. And his social media account could give an indication on his national team allegiance.

The 17 year old has unfollowed the Spanish FA and removed any mention of them on his account. He has followed the Argentina FA and created a story highlights titled “national team” with images of himself with the team. He was part of an initiation on Wednesday where he had to sing in front of the Argentina national team.