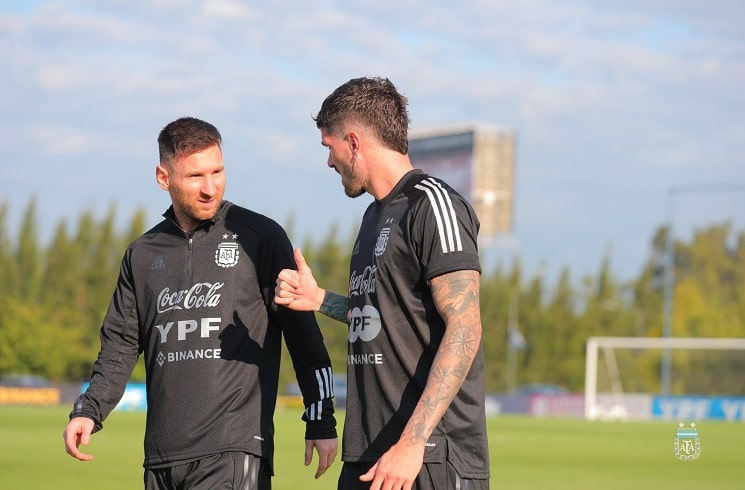 Lionel Messi will start for Argentina against Venezuela on Friday in the World Cup qualifiers as coach Lionel Scaloni held another training on Wednesday with five youth players training with the team.

Messi trained with Argentina on Wednesday, just as he did on Tuesday and will be starting in Friday’s World Cup qualifier. As we reported earlier, the front three is rumored to be Lionel Messi and Nicolás González with Julián Álvarez or Joaquín Correa. Lautaro Martinez is out with COVID and will miss the match.

Three youth players are rumored to have a chance to be on the bench. Per TyC Sports, Alejandro Garnacho, Nicolás Paz of Real Madrid and Luka Romero of Lazio could be on the bench as Scaloni will be without many of his players due to suspensions and injuries. HEre is the rumored eleven: