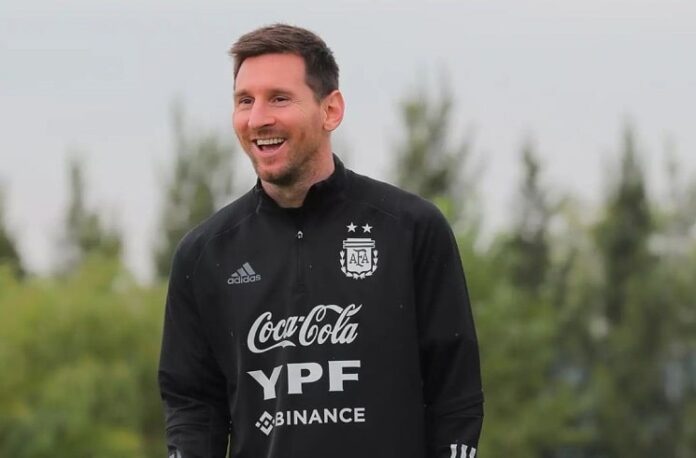 Argentina national team coach Lionel Scaloni spoke at a press conference on Thursday about the Lionel Messi and Franco Armani.

Lionel Scaloni held a press conference on Thursday where he spoke about Lionel Messi’s fitness. Messi missed PSG’s last training session due to the flu but did train normally this week with Argentina. Here is what he had to say:

“Leo is good, he trained normally and is available to play. Leo is very comfortable in the Argentina national team. We managed to get the group to assimilate who he is and make him feel like he’s just one more in the team. We have known that for a long time. What should always have been normal began to be normal a little over a year ago.

“In terms of his situation with his team, I went to go see him against Real Madrid and for me, he played well, dominated the match but it ended with them out of the Champions League in an unexpected way because he didn’t play bad but at the Bernabeu at times one thing is enough to change the match.

“At a team with big expectations, now, they ask for more. I think the situation does not effect him, every time he comes here he has shown that.”

He also spoke about Messi and playing with the Argentina national team:

“Tomorrow he has the opportunity to play in his country, with his people. Surely the last match we could play here (before the World Cup) and he can say goodbye to Argentina in the best way and hope that the future is even better.”

Regarding the match tomorrow, Emilian “Dibu” Martinez is suspended and Scaloni spoke about the goalkeeper for the match against Venezuela in the World Cup qualifier:

“Tomorrow, Franco (Armani) will be the goalkeeper.”