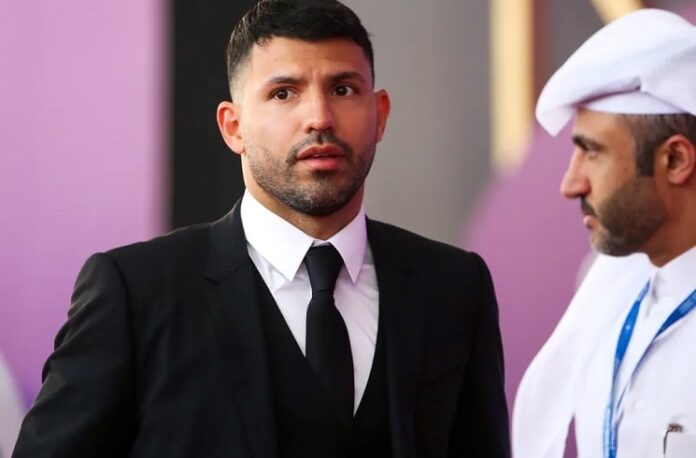 Sergio Agüero will not remain with the Argentina national team for the 2022 Qatar World Cup as he spoke about Lionel Messi and Julián Álvarez.

Agüero was set to be part of the Argentina national team coaching staff for the World Cup. He, along with Lionel Scaloni and AFA president Chiqui Tapia had spoken about it. However, speaking in an interview with ESPN on Thursday, Agüero stated that will not be happening. Here is what he had to say:

“I spoke to Chiqui (AFA president Tapia), I was clear. My idea is to come (to the World Cup) to enjoy it, as a fan. I have a good relationship with everyone but I don’t see myself being with the coch staff and the boys on a day-to-day basis.

“I get along very well with my team mates and I want to continue like this. What they ask for is a different role and I’m not here to do that.:

He was also asked about Lionel Messi and winning the Copa America:

“The title we were all waiting for but above all, him. It gave an extra joy to everyone. Especially to him. He took that weight off him that he had for so many years of wanting to win a title with the national team. It shows on the pitch, the joy, the people… He enjoys it much more.”

In regards to Julián Álvarez:

“He is mature because he is playing at River. I mean… I think that over time he will continue to learn things, like his finishing, why he didn’t kick before or why he didn’t touch it before… That’s going to happen to him all the time.

“The player learns in matches. But it’s already noticeable that he has a maturity and is learning a little more each time. City bought him for a reason.”