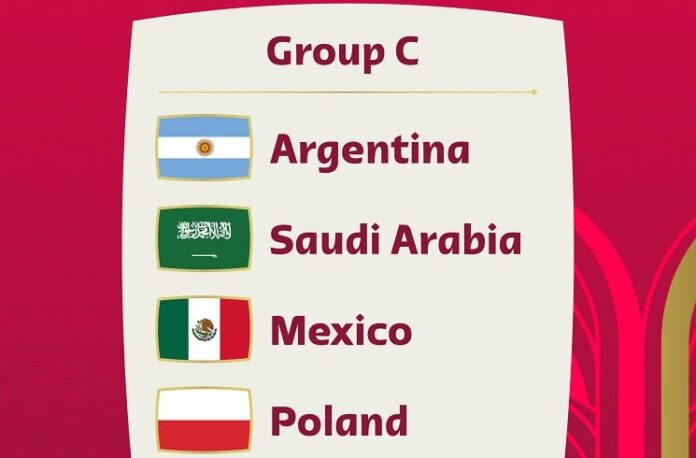 Argentina have been drawn in Group C at the 2022 Qatar World Cup.

All kick off times are Argentina time.

In regards to Argentina’s opponents, the Copa America champions have never played Saudi Arabia at a World Cup. They have played Mexico twice in the last four FIFA World Cups.

For those that are superstitious, the last time Argentina played Poland at a World Cup was in 1978, the same World Cup Argentina would win. The first time they played them was in 1974, a 3-2 loss.