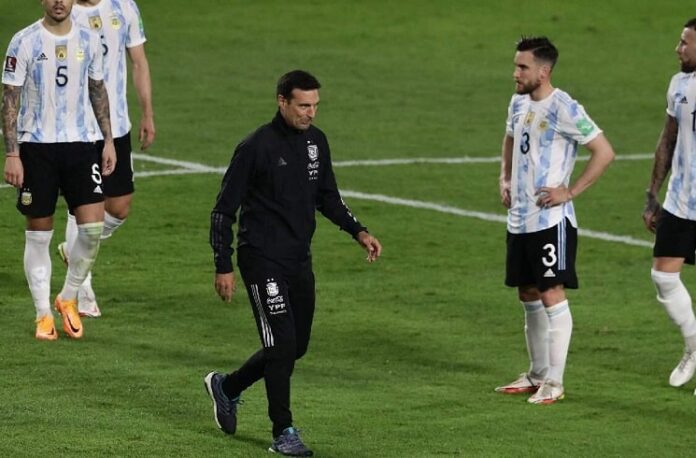 Argentina national team coach Lionel Scaloni commented on Argentina’s World Cup draw where they are in the same grup as Mexico, Poland and Saudi Arabia.

Lionel Scaloni was in Doha, Qatar for the 2022 World Cup draw. Argentina have been drawn in Group C against Saudi Arabia, Mexico and Poland. Speaking after the draw to TyC Sports, here is what he had to say:

“We have to accept what has been drawn for us. It’s a group with difficult teams. Mexico is an opponent that we know, difficult. Poland played well and won against Sweden and Saudi Arabia had a very good qualifying campaign. We respect everyone. We believe we can do well, we could have a good group stage but it’s maximum respect.”

Scaloni also spoke about Mexico, a team they were set to play in a friendly match in September:

“Logically, I would have liked to prepare for the World Cup by playing and if it’s not possible against opponents of that level, we will look for others.

“Historically, they have been a difficult opponent for us at World Cups. I suffered in 2006 as a player, they played a great match and we won in extra time with the goal by Maxi Rodriguez. It was a complicated match and they are a complicated opponent.”

“They are a national team with good players, known and world class.”

In regards to the fans:

“For them to be calm and to enjoy the World Cup, which is the most important, because it’s played every four years. Hopefully it will be with Argentina until the final. That they enjoy this national team and the kids that play for this shirt. Every one together, surely we will be stronger.”