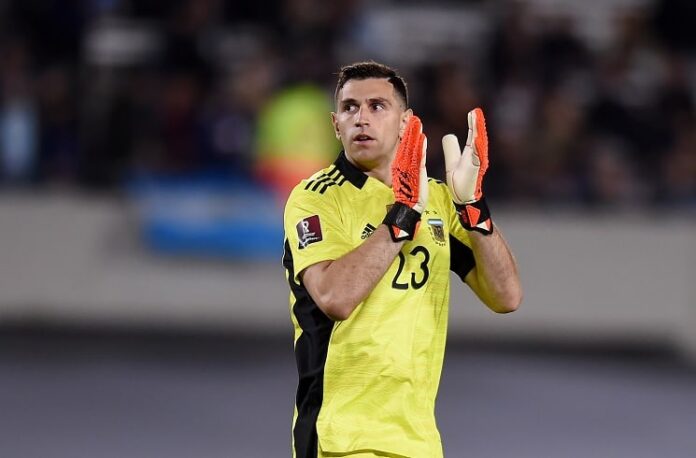 Dibu Martínez and the Argentina national team have been drawn in Group C at the 2022 Qatar World Cup. They will play their opening match against Saudi Arabia and their second against Mexico with their third match against Poland.

Martínez stated what the players of the Argentina national team think of the draw. Speaking in an interview with Ole, here is what he had to say:

“Everyone in the group is happy. It’s nice to think of what is to come. Still, we are taking it one match at a time.

“There comes a moment where you don’t know if the rival picked is good or bad. I got more nervous than in a game. There is a lot of anxiety about it being my first World Cup. It’s going to be a f****d up group but a nice one.

“I don’t remember watching Saudi Arabia, so maybe I can watch them now. The other day I saw Poland and we might play Mexico in a friendly match.

“If you don’t win the first match, you’re full of questions. Some raise their level in the group stage. At a World Cup, you have to beat them all. We have to finish first in the group.”

He was also asked about a Whatsapp group and mentioned what Ángel Di María told him during the Copa America:

“It happened after the Copa, we were all sending each other pictures of where each one of us was, if we were having a barbecue with the family or those things. The group on Whatsapp is called Copa America, we put it for the group and it stayed like that. Paredes put it together for a barbecue and it stayed.

“Di María told me I was sick after the match against Colombia. Ángel didn’t understand how I could be talking to a Colombian player while he was shooting, hehe.”