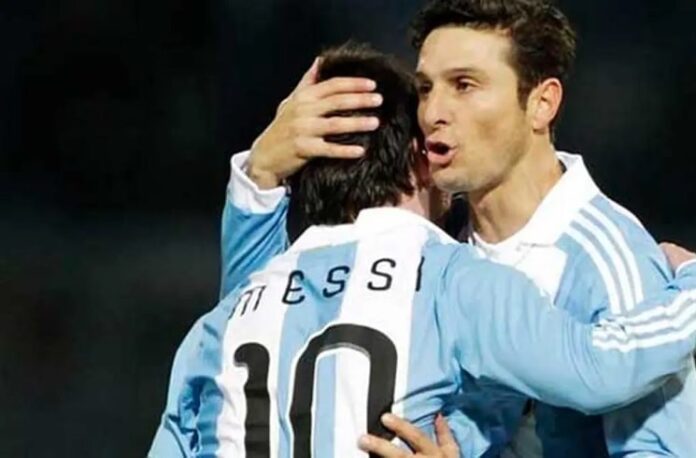 Javier Zanetti spoke about being left out of the 2006 and 2010 World Cups, the Argentina national team and Lionel Messi.

Zanetti is one of the best right backs of all time, not just for Argentina but in football. He was controversially left out of the 2006 and 2010 World Cups for Argentina by both Jose Pekerman and Diego Maradona. Speaking in an interview with Radio La Red, here is what he had to say:

“I am left with a bittersweet taste. I played all of the qualifiers and ended up out of the World Cup. With Pekerman, I got angry because I didn’t understand it.

“In 2010, it was my best moment and I didn’t go to the World Cup. With Diego, I couldn’t get mad. I didn’t understand the decision but I accepted it.”

In regards to the Argentina national team and the 2022 Qatar World Cup:

“I had high expectations and great enthusiasm for the draw. It excites me, not only because of the opponents but because of how I see Argentina.

“At a World Cup, you have to face everyone. The most important thing is the first match. There, you gain confidence and Argentina starts against Saudi Arabia, who you have to have respect for but…

“You have to be a little careful with Poland. They have interesting players. Take out Lewandowski, who we all already know, ZIelinski plays very well and they have a good goalkeeper.”

Regarding Lionel Messi and a possible retirement:

“That Messi can play until he is 40 only depends on him. Nature helped me a lot. Leaving football from one day to another is complicated. You have to prepare from before.”