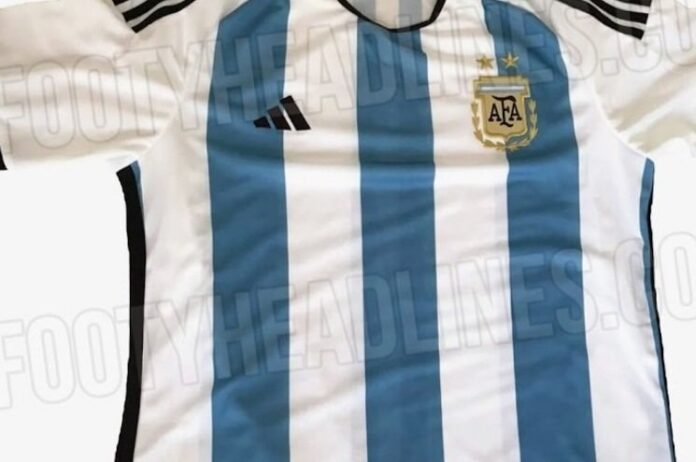 The Argentina national team home shirt for the 2022 Qatar World Cup has been leaked.

Argentina will have a traditional sky blue and white home shirt but the lines on the front will not be the same as those on the back of the shirt. Leaked images by Footy Headlines show three thick blue stripes in the front of the shirt with two thick ones in the back and in the middle, two thinner lines.

Adidas will also have their new logo on the front with the three Adidas stripes on the shoulders and the AFA with the two stars on the front.