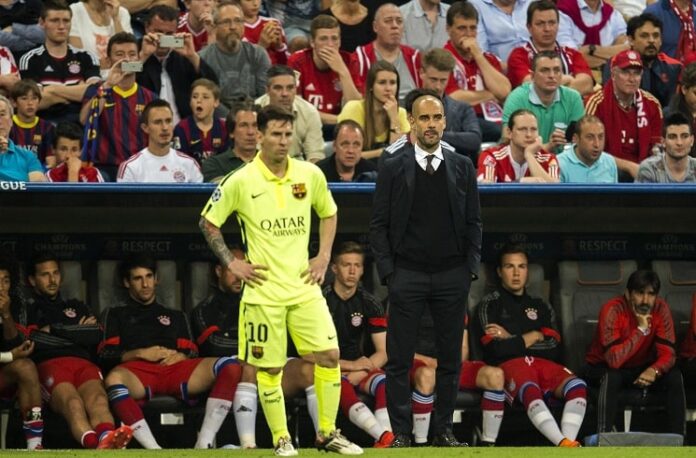 Guardiola is one of the, if not the best coach in the world. A winner at FC Barcelona, Bayern Munich and Manchester City, the Catalan knows how to lift trophies.

Winning the treble in his first year as coach of the senior FC Barcelona team, Pep Guardiola did it with very little experience. Speaking in an interview with Telemundo Sports, here is what he had to say about having experience in football:

“It’s all a big lie in football that experience is useful. The one that served you yesterday, is no use to you today. The illusion of young people like Scaloni, Aimar and the people they have, gave the group what they needed. Enough, it worked. Why? It’s a mystery.

“I always give the same example. A Champions League final, Milan was up 3-0 against Liverpool at half time. That Milan team probably had the most experience I have seen with Cafu, Maldini, Dida, Nesta, Gattuso, Pirlo, Crespo, Inzaghi… It was 3-0 at the break and in 20 minutes 3-3 and they lost.”

He also spoke about Argentina winning the Copa America:

“Winning the Copa America for any group gives you a feeling of “we did it” and I’m sure that will help in the World Cup. I have seen little of Scaloni’s team but they have not lost for a long time and that feeling that you are winning and not losing is going to give you strength.”

“The fact of having him there, knowing that he has the unique ability to always create two or three personal actions out of nothing, be it goals or generating play with his forward team mates like Di María, Lautaro or Julián Álvarez… That feeling of strength is great.”