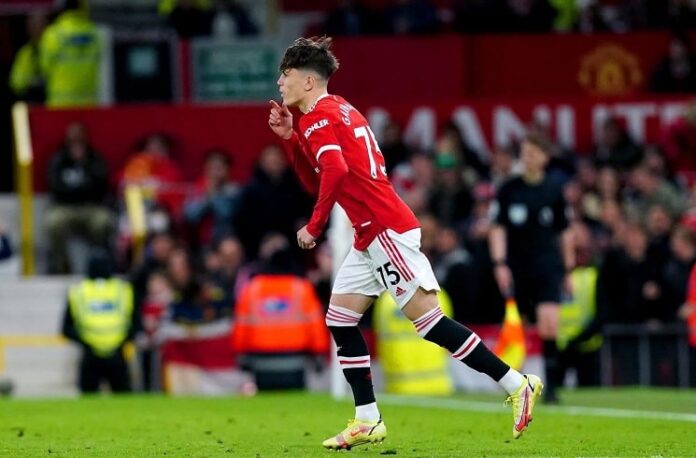 Garnacho became the youngest Argentine to ever play for Manchester United. With minutes remaining in United’s 1-1 draw vs. Chelsea at Old Trafford, the Argentine was substituted on.

At the age of 17 years and 9 months, he became the fourth youngest player of all time to ever debut for Manchester United. He also became only the seventh Argentine to play for United as he joined Ángel Di María, Sergio Romero, Juan Sebastián Verón, Gabriel Heinze, Carlos Tevez and Marcos Rojo.

Here is a video of his family in attendance as he made he was substituted on for Manchester United.

He even posted about it on social media.

Incredible moment making my debut at 17 years old for Manchester United in the Premier League at the Theatre of Dreams.

I can’t put into words what I’m feeling right now, I’ve been dreaming of this moment since I was 4 years old.

Despite only being 17, he has had a great season with the Manchester United youth team, one which even earned him a call up to the Argentina national team.