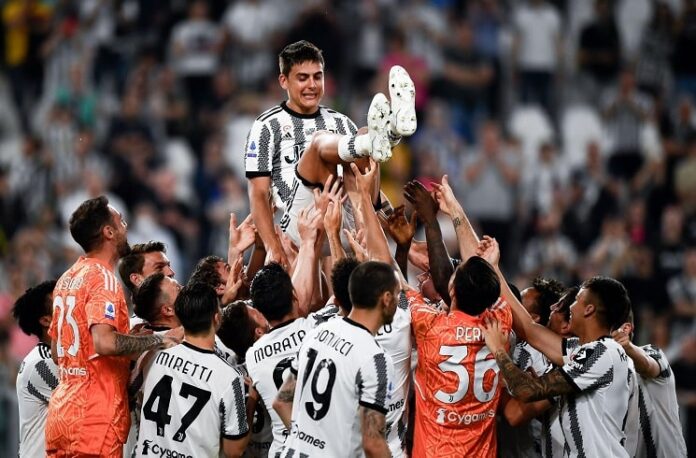 Paulo Dybala played his last match for Juventus as he would leave the pitch in tears.

Dybala will not be wearing a Juventus shirt next season. The player confirmed it himself through his Instagram page and while he has not signed with a club, Inter appear to be one of the favorites.

The 28 year old started for Juventus and was substituted off against Lazio on Monday to a standing ovation. The Argentine scored 115 goals for the club and is the 9th highest scorer in the club’s history.

Having joined the club back in 2015, Dybala won five Serie A titles, four Coppa Italia titles and three Supercoppa titles.

Paulo Dybala in tears as he says goodbye to Juventus. pic.twitter.com/RzzW2RCpXv