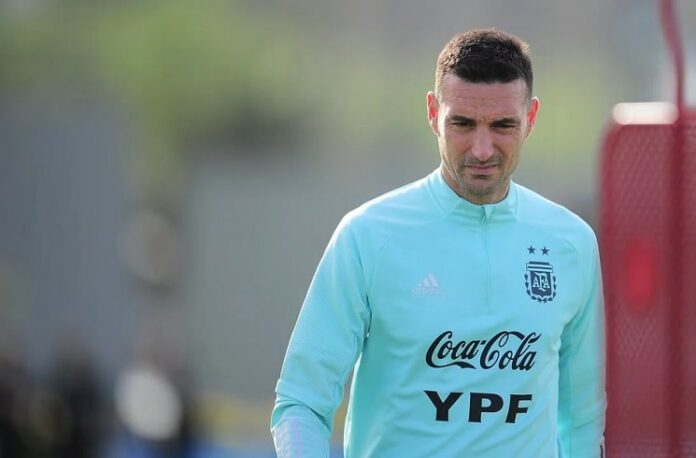 Lionel Scaloni commented on the team’s matches prior to the World Cup and the players for the World Cup. Only one match has been confirmed for Argentina for the month of June and that is the Finalissima against Italy.

The national team will play Italy on June 1 and with the match against Brazil cancelled and the match against Israel not confirmed, this could be the only match Argentina play. Lionel Scaloni spoke to Ole on Tuesday about it. Here is what he had to say:

What this match against Italy gives them and if it changes much because it’s a European team:

“The rival changes because it is strong, beyond that they are European or any continent. It’s always good to play a strong opponent. It’s not a good time in terms of dates, very complicated players are coming, with vacations and some with injuries.

“I would like everyone to be fit and that’s not possible. It’s a handicap that we have today and we will face it as we always have done, that the replacement, or the one that plays does it in the best way. But it’s still a nice match and it’s a nice test for what is to come.

“Today, we are calm, that is true. In the sense that if one isn’t there, the other plays. We would like everyone to be there, that’s the only issue.”

The agenda and the little matches until the World Cup:

“Me, honestly, it interests me to play but not at any cost. Not to play just to play. It doesn’t appear positive for me to go to three continents to play one match and to take off 15 or 18 days of vacation to the playres.

“I don’t see it beause I know the players play 60 matches a year and I know what is 15 days of vacation. Above all, I am thinking of what is coming.

“Having this match, I believe is good. If there is a second, it would be ideal. And if not, we will train and draw conclusions.”

“On the contrary, I think you have to have it open. And don’t shrink it because if something happens later, your mind was already on one idea.

“However, we have a list that is what we normally give, 30 or 35 and then we cut it down. They have a possibility of coming, from there, it will be the moment when it’s time to announce the list.

“Because it could be that a player is not on the list now and is in November. I don’t know what FIFA will say in the end, if it is will be that number of players or not but the idea is not to have the exact (number) of players, on the contrary. The important thing is to have more players than one thinks.”

On the Argentina players:

“The Argentine player, the one that plays for the national team, plays for the love of the crest and their family, their friends… It was always like that and now it’s magnified even more.”