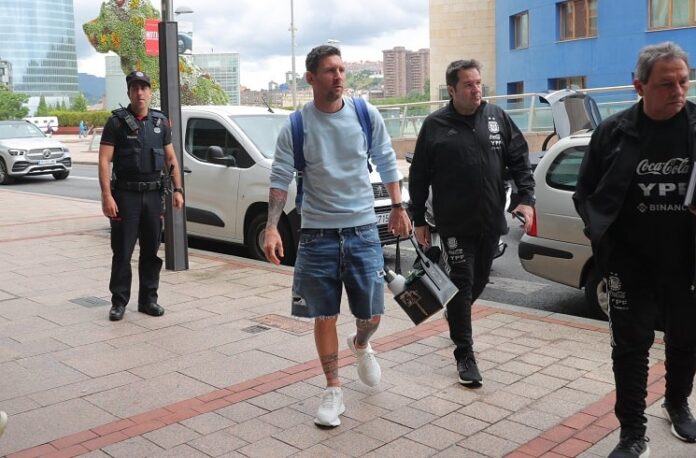 Lionel Messi, Leandro Paredes and the Argentina national team have arrived in Bilbao, Spain to train for the Finalissima match.

The Argentina national team will be training in Bilbao, Spain for their Finalissima match against Italy on June 1 at Wembley. Rodrigo De Paul, Angel Correa and Cristian “Cuti” Romero arrived on Sunday with most of the players arriving on Tuesday.

Leandro Paredes, who was not selected for the team due to injury, has also travelled and is with the team. As we reported on Monday, Marcos Senesi will play the Conference League final on Wednesday and arrive on Friday with Julian Alvarez and Franco Armani arriving from Argentina on Friday.

Ángel Di María, Leandro Paredes, Lautaro Martínez and the Argentina national team in Bilbao, Spain. This to Dr. Dre and Snoop Dogg’s The Next Episode. pic.twitter.com/adEsOxgChn