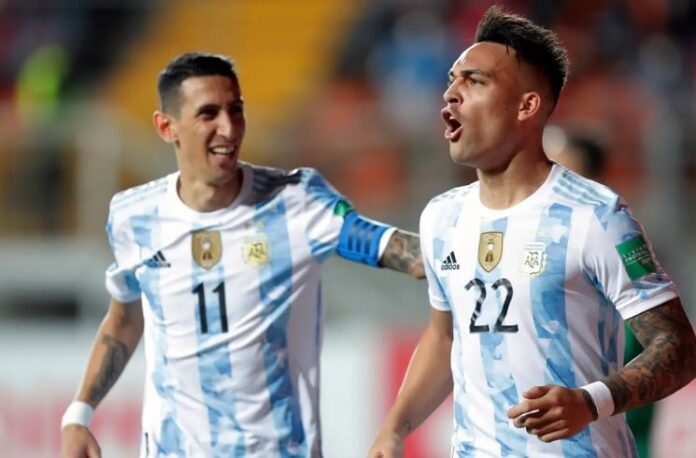 Martínez has been the striker for Argentina for a few years. He was part of the Argentina national team which won the Copa America and is an integral part of the attack.

The Argentine is set to start in the Finalissima match vs. Italy on June 1 at Wembley. Speaking in an interview with TyC Sports, here is what he had to say:

“It’s going to be an important match for us for what the opponent means, looking past that they did not qualify for the World Cup. We know their character, their players… It’s a world class rival. We have a very important test in front of us to see where we stand.”

If they want to play against a European team:

“You want to see yourself and try. Playing against European teams, which we haven’t been able to face during this difficult time that we are going through because of the pandemic, it’s going to be important for us and for the people. But we are also very calm with the work which we have been doing.

“We have been with the coach for several years, looking for an idea and a form and we are putting that in practice on the pitch. You can see the results because we are playing very well and scoring goals.”

On how the players are almost all in Europe:

“Most of the call ups, we are in Europe and every day, in every training session, you put yourself with them. That’s why I say that we are calm and we are working with the idea that the coach asks of us. We are happy with our performance and what we are doing on the pitch.”

If he heard Kylian Mbappe’s comments:

“Yeah, I saw what he said but Argentina and Brazil have players of very high quality. Brazil, like us, have most of their players in Europe. His comment appears a bit unfair to me.”

If it weighs going into the Finalissima being undefeated:

“It doesn’t weight on anyone. We are very happy with our present, we have won the Copa America, the results are coming and we are working more calmly, with confidence. We have to continue on this path.”

On his analysis of the Argentina national team:

“We like being the protagonists in having the ball, defending and attacking. After that, there are moments in the match where you suffer and there we suffer together. The coach asks that we recover the ball quickly when we lose it, that if the first line of pressure is passed, we get together to try and get it back and not to suffer as it can happen in some parts of the match.”

On the match against Estonia:

“Obviously everything we can play is welcomed. We need to gain time, to be together and to strengthen ourselves as a team.”