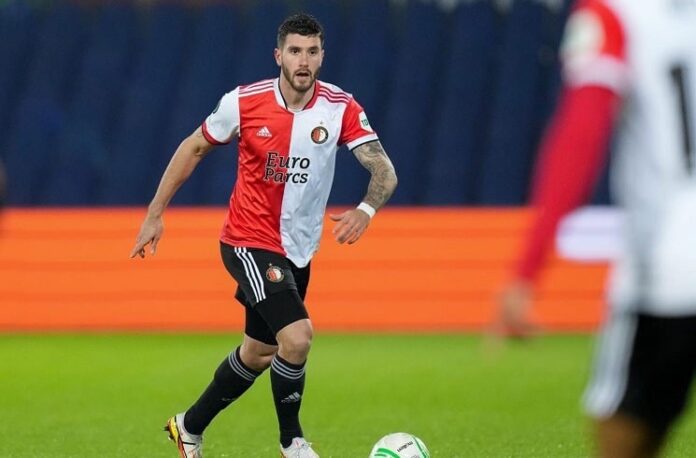 Marcos Senesi has joined the Argentina national team for the Finalissima match vs. Italy.

Senesi has landed in Bilbao, Spain, the location of Argentina’s training camp. The team is already training for the match vs. Italy as Senesi is one of the last players to join.

The Argentine has received his first ever call up to the national team and is one of the last players to join as he played for Feyenoord in the Conference League final. Arriving at the airport, he spoke with Gastón Edul of TyC Sports, here is what he had to say:

“I am happy to have played a final. It’s a pity for the result. I am also very happy to join the group. I am very happy, I always waited for this opportunity. I hope to make the most of it.”

He was also called up to the Italy national team by coach Roberto Mancini but the Argentine selected to play for Argentina:

“It wasn’t difficult for me to choose to play for the Argentina national team and not Italy. I felt it in my heart that it was going to come.”

Here are the players which have been selected for the Finalissima match against Italy on June 1 and the friendly match on June 5 vs. Estonia: