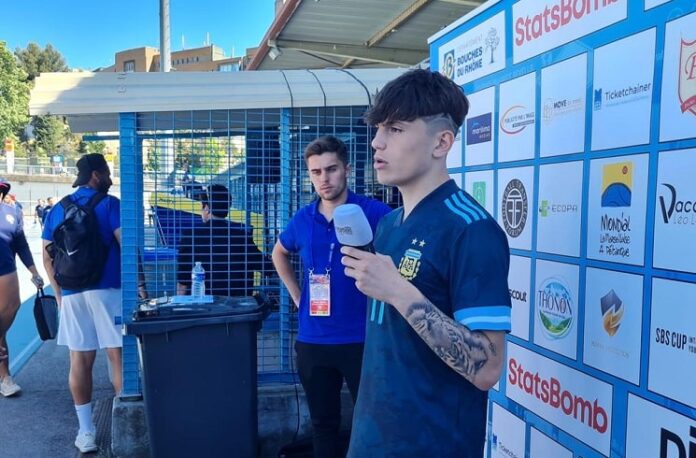 Javier Mascherano and Alejandro Garnacho both commented on Argentina’s 1-0 win vs. Saudi Arabia at the Toulon tournament.

Mascherano has his Argentina U20 team as top of their group at the Toulon tournament. Their opening match was against Saudi Arabia and it was a goal by substitute Santiago Castro which gave Argentina the 1-0 win. Here is what Mascherano had to say about the tournament:

“I enjoyed this tournament a lot as a player and now I am starting my career as a coach here. Coaching these kids, this national team, is a source of pride.

He was part of the Argentina team who played in this tournament back in 2003 where he was named as the MVP of the tournament. He is now on one win out of one as Argentina have all three points.

Alejandro Garnacho of Manchester United started the match and spoke to the media about it. Here is what he had to say:

“Our idea was always to keep possession of the ball. We were protagonists and finally we were able to convert because maybe at the start we lacked forcefulness.”

They are in a group with hosts France and Panama. The next match is on June 1 against Panama. Here was the goal scored by Santiago Castro which gave Argentina the 1-0 win.

Santiago Castro with a header goal for the Argentina U20 team as they win 1-0 vs. Saudi Arabia! Javier Mascherano's team momentarily top the group at the Toulon tournament!pic.twitter.com/V3xZmaaexY