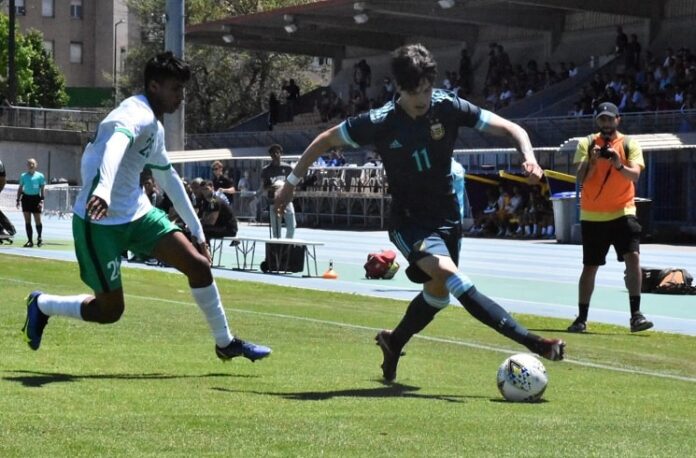 Javier Mascherano’s Argentina U20 team started the Toulon tournament with a 1-0 win vs. Saudi Arabia.

Mascherano has selected a very strong U20 team for the tournament. One consisting of several players from within Argentina and a few that are based in Europe.

The first match was against Saudi Arabia and Mascherano started four European based players as Alejandro Garnacho of Manchester United, Matías Soulé of Juventus, Luka Romero of Lazio and Nicolás Paz of Real Madrid all started. Here was the starting eleven:

Argentina currently top their group, which also consists of hosts France and Panama. Argentina’s next match is on June 1 against Panama.

Santiago Castro with a header goal for the Argentina U20 team as they win 1-0 vs. Saudi Arabia! Javier Mascherano's team momentarily top the group at the Toulon tournament!pic.twitter.com/V3xZmaaexY