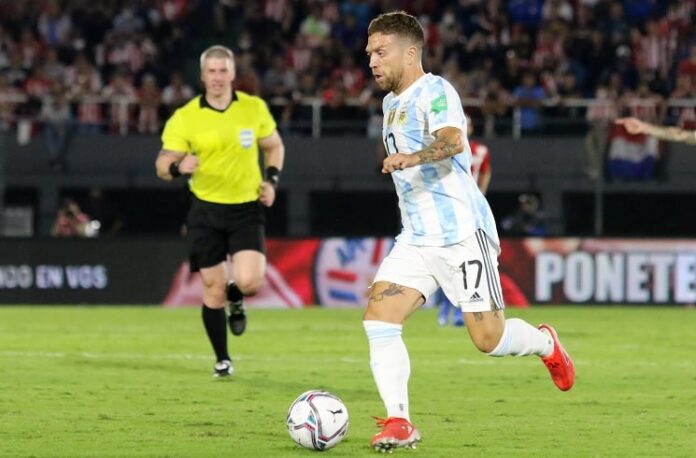 Alejandro Papu Gómez spoke about the Argentina national team and his presence at the World Cup.

Papu Gómez has been an important part of the Argentina national team for the last year. If he is not starting, he has been a substitute and has scored and assisted important goals.

Gómez is in the Argentina team for the Finalissima match against Italy as he spoke about his role in the team. Speaking in an interview with IP, here is what he had to say:

“At first, when they call you up, it’s like you’re constantly taking an exam. And that is normal because the Argentina national team has a high level. But today I feel more settled within the group and it’s not easy because I wasn’t there before.

“I try to live it and enjoy it as much as I can because we know that this has an expiration date and you don’t know when the last competition or the last match will be. Because of my age, this could be my first and last World Cup.”

In regards to the team itself:

“We spend too much time together, between four walls because we can’t go anywhere. Co-existing, if you really don’t get along, everyone is in their rooms and does their own thing. Today, the generation changed a little with phones and Ipads.

“Here, it’s totally different. We spend a lot of time drinking mate, chatting about everything: That’s why when we talk about “group”, we aren’t selling smokes and mirrors. There is a great unity and that is later reflected on the pitch. We spend a lot of time inside the camp with people who saw us grow up and that creates a trust that perhaps you don’t even have with a family member.”

He also spoke about being close to the fans:

“The new generation identifies with many of us. The use of social networks, we know it. We know that the people like this back and forth and we also know that the results are with us and today, thank God, we can do it. Perhaps at another time we couldn’t because we know that the Argentine is demanding.

“Today, we enjoy doing it. We know we can o it and it’s good to get closer to people and let them see what we do in a camp or how we live a win.”