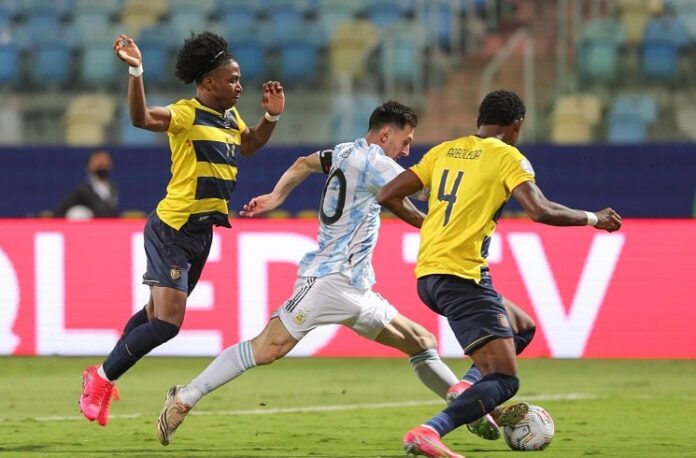 Messi gave a lengthy interview where he has spoken about joining PSG, getting COVID, playing at the 2026 World Cup and the 2022 World Cup. In the same interview, he has also spoken about the Finalissima match against Italy.

The Argentine will want to win another trophy with the national team. Speaking with TyC Sports, here is what he had to say:

“We want to win it. It is a nice test for us too. It’s the European champions. Had they been at the World Cup, they would have been favorites. They had the bad luck of being out but they could have qualified before in the group when they had chances to win the match before going to the playoffs. But they couldn’t and after, because of things in football, they are outside of the World Cup.

“Surely had they qualified they would have been one of the candidates: Had they have been at the draw, no one would have wanted to play Italy, so it’s a nice test for us to keep growing, to get better and to get to our objective in the best way possible which is the first match at the World Cup.

“For them too, it should be that way, they should take it like that. It’s an official competition, that is validated by FIFA, one more cup for us and we want to win it and this group takes another cup, for the group and for the people of Argentina as well.

“The truth is that it’s crazy that they won the Euro Cup and they aren’t at this World Cup. That Italy are not at another World Cup, for what that signifies and what Italy are in the history of World Cups. It’s a pity, really. Now I have team mates and friends too in my team, two great people with whom I have a very good relationship with, that helped me a lot since I got there. Above all Verratti and that gives me a lot of pain.”

In regards to Kylian Mbappe’s comments where he spoke about the level of play in South America:

“Obviously outside of training we talk but in this case, we didn’t. I didn’t see how he said it or what he said. But many times we would talk with the guys from Spain, when we would come back from the qualifiers and tell them, you know how difficult it would be for you to qualify for the World Cup if you had to play there.

“Colombia, the altitude, the heat, Venezuela… They all have a different condition that makes it much more difficult and that aside, they are all great national teams with great players and football there is more even every day, no matter the opponent. I believe we are prepared to play against any European country and now we have a very nice test.”

Lionel Messi comments on his first season with PSG, getting COVID

Lionel Messi on playing the 2026 World Cup, difficult of the group at 2022 Qatar