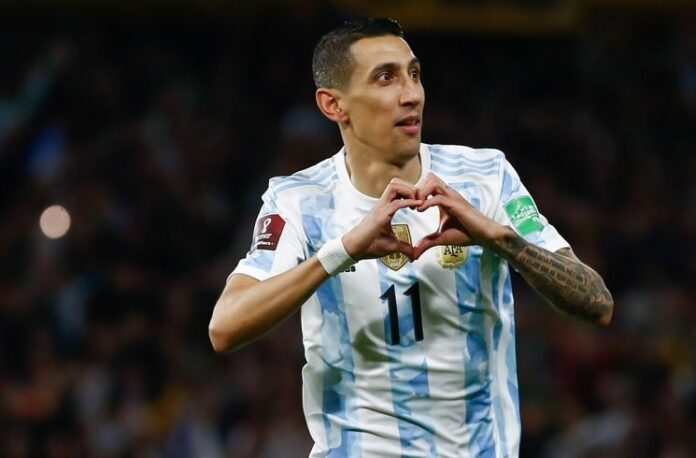 Ángel Di María has stated that he will retire from the Argentina national team after the 2022 Qatar World Cup.

Di María will not play for the Argentina national team as he revealed it on Monday. Speaking in an interview with Ole Clarin, he stated that there is a lot of talent in the team and that he is leaving the team after the World Cup in Qatar. Here is what he had to say:

“After the World Cup, I believe it is time. There are a lot of kids that are at the height of the national team, that are growing. I see it every time I go. Little by little, they will show that they are at a great level at their clubs and when they go to the national team.

“It would be a little selfish on my part, after so many years, having achieved what I achieved and to have a World Cup so close… I wish to be at the World Cup. After that, the sure thing is that I take a step to the side.”

The Argentine has taken part in three FIFA World Cups and has scored some very important goals for the national team. Having won the U20 World Cup and Olympic gold with Argentina, Di María scored the goal which won Argentina the 2022 Copa America.