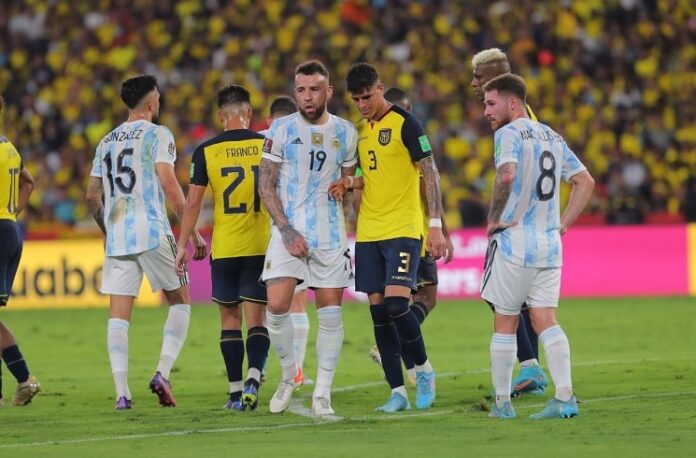 The Argentina national team are flying to England for their match against Italy in the Finalissima match on Wednesday with a rumored eleven being spoken about.

Argentina trained in Bilbao, Spain for their Finalissima match and are now flying over to England. The team gave several interviews there, the latest being Lionel Messi.

Coach Lionel Scaloni has not confirmed his starting eleven for the team but there is one that is being rumored. With no Leandro Paredes in midfield due to injury, this is expected to be the eleven:

Nahuel Molina in place of Gonzalo Montiel with Guido starting for Paredes.