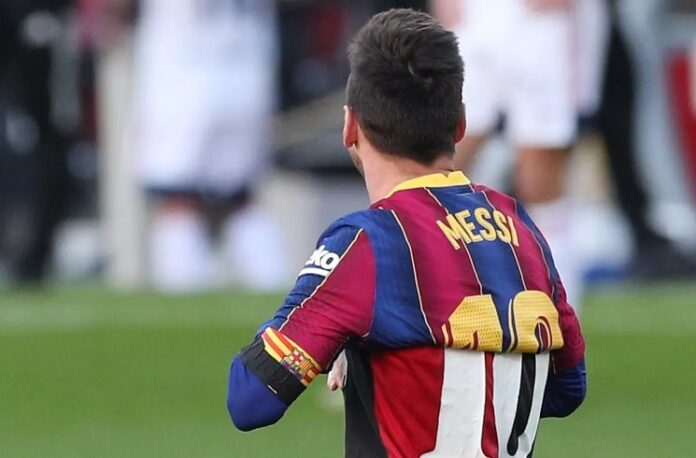 Messi spoke in an interview with TyC Sports and one of the topics was that of the Maradona tribute celebration. The Argentine had scored against Osasuna after Maradona’s passing where he took off his FC Barcelona shirt and showed a Newell’s Old Boys jersey. Here is what Messi had to say:

“The night before I was with Antonela and I told her “I have to do something for Diego”. And I have the museum part with trophies and shirts. And I go to see what there is, I was looking for a national team shirt or osomething. And I went up and there is a little door that is always closed where we put things. And it was just open and there was a chair and on top of it was the 10 shirt from Newell’s Old Boys.

“I went in and saw it. That door is always closed and I don’t know what it was doing there, I didn’t even remember I had it. And I saw it and I said “that’s it”. It was incredible. It was like 11:00 at night, we couldn’t concentrate. I was thinking of a national team shirt. It looks awesome.”

He also spoke about these topics:

Lionel Messi comments on his first season with PSG, getting COVID

Lionel Messi on playing the 2026 World Cup, difficult of the group at 2022 Qatar