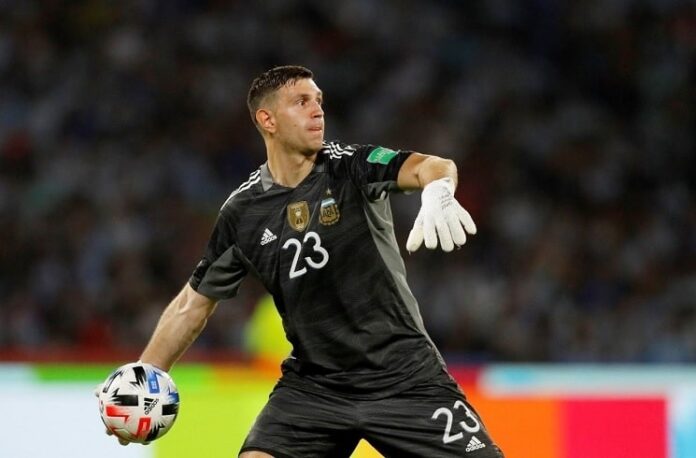 Emiliano Martínez spoke at a press conference about the Finalissima match at Wembley.

Martínez was present on Tuesday where he spoke about the Argentina national team, the Finalissima match and his fitness.

The Argentine will start against Italy on Wednesday. He had missed Aston Villa’s last league match of the season to join the Argentina national team. Speaking at a press conference on Tuesday, here is what he had to say:

“I can’t wait for the game to arrive. At national team level, it’s true we haven’t played against a European team. Tomorrow we are going to play against a great opponent, Italy are a great team. We know that Italy is a very tactical team and works well defensively.

“We were crowned champions at the Maracaná and that is unbeatable. But if we have to choose another stadium to lift a trophy, it’s Wembley. All Argentines want to win in England.

“My dream ever since I was a kid was to play for the Argentina national team.”

In regards to his fitness, here is what he had to say:

“I don’t have to be operated on. It’s pain in my kneecap that I have had since I was 17 years old. I’m doing treatment with Batista and in 20 days I’ll be fine. I’ll start preseason with my team perfectly.”

He will be starting for Argentina in the Finalissima on Wednesday.